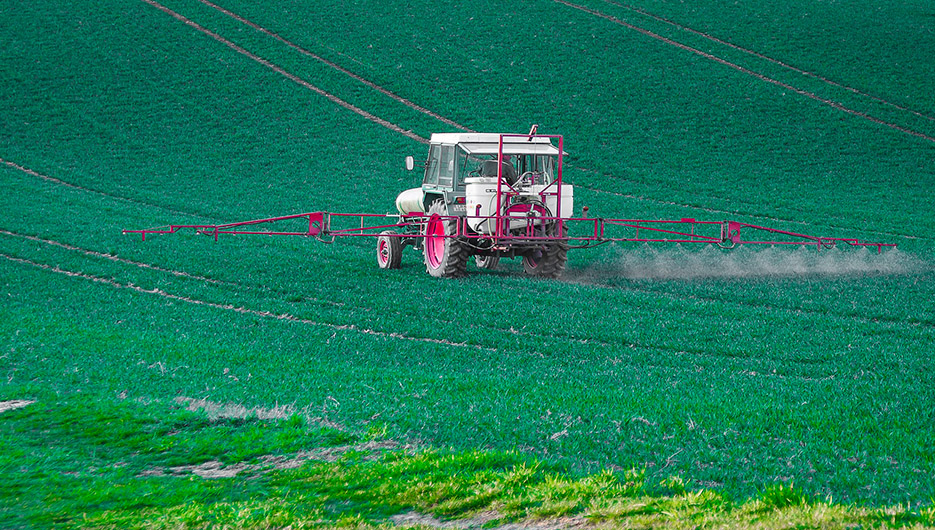 Probably the first environmental impact caused by humans was agriculture, by transforming natural soil into arable soil. Since the beginning of agriculture, humans have carried out practices to avoid or reduce damage to crops, as well as to try to obtain the maximum possible yield from them. The use of compounds with fertiliser or pesticide activity has been one of the methods used to achieve these goals. However, it was not until the middle of the 20th century that these compounds became very important. Faced with a situation of high food demand and the need to reduce economic losses due to the attack of biological agents on crops, the chemical industry, hand in hand with the industrial revolution, launched a series of synthetic compounds onto the market: on the one hand, those with pesticide activity, and on the other, those that provided plants with the nutrients necessary for correct growth and development, the fertilisers. These products were in great demand, as they were cheap and effective, although many of them were extremely toxic.

The term pesticide refers to any substance whose purpose is to prevent, destroy, repel or mitigate any pest, and includes a wide variety of compounds that are classified according to various criteria, among which the most commonly used are chemical structure and specific action. Based on chemical structure, they are classified in different families, ranging from organochlorine and organophosphorus compounds to inorganic compounds. Of these, four families are known to be of high importance because of their negative impact on health and the high demand for their use: organochlorines, organophosphates, carbamates and pyrethrins.

The most widely used pesticides are organochlorines, which are highly polluting compounds with high persistence and slow biodegradability. Organophosphates are mainly used in pest control as an alternative to the previous ones, as they degrade more easily. Carbamates are another group of relatively unstable pesticides, with some selectivity and short persistence time. Pyrethrins are pesticides obtained by drying, grinding and spraying chrysanthemum flowers. They are relatively selective, have a fast metabolism and do not leave residues in the atmosphere. Pyrethrins include the so-called pyrethroids, synthetic pyrethrins considered to be more effective, stable and with less residual effect.

The following are the types of pesticides according to their specific action:

• Insecticides: Against harmful insects. They are classified according to the stage on which they act. Fungicides: Used to kill fungi and moulds that are harmful to both plants and animals.
• Bactericides: Used to control pathogenic bacteria.

• Acaricides: Identical in function to insecticides, but used to repel mites.
• Herbicides: To eliminate plants considered harmful. They can be phytoregulators and related products.
• Nematicides: Kills plant-parasitic nematodes and soil worms.
• Rodenticides: Against rodents.
• Molluscicides: To eliminate snails and other molluscs.

The use of these compounds has increased steadily, due to the direct and indirect benefits of their use. Synthetic pesticides play an important role in significantly reducing crop losses by controlling pests and the diseases, crops develop under less competitive conditions, resulting in more uniform and better looking fruit. The increased agricultural efficiency resulting from the use of these compounds influences aspects such as the value of foodstuffs, making them more or less economically accessible.

However, the use of these compounds has a strong impact not only on humans but also on the environment and its biota, as they are highly toxic and persistent.

Pesticides represent a potential risk to humans. In most cases the effects of their use result in mild intoxications, however, it has been observed that prolonged exposure to low doses of certain pesticides is related to the medium and long term development of various types of disorders such as cancer, immune suppression and reproductive or nervous system alterations.

In terms of the environment, the widespread use of agrochemicals has been associated with the contamination of water, soil and air, influencing flora and fauna and causing an imbalance in the ecosystem. The soil is the most affected, as it receives these compounds by different routes such as direct applications, spills, fine disposal, influencing soil fertility, which is reduced as the microbiota associated with the soil that favours plant growth is also affected, also affecting the rate of erosion, which is increased.

Despite being economically accessible, fast acting and easy to handle, their negative influence on humans and the environment has led to the search for effective alternatives that are more respectful of nature.

Clean-Biotec has been researching sustainable solutions for agriculture for 5 years. To achieve healthier plants and better yields through the use of indigenous micro-organisms, bacteria and mycorrhizae.